Imagine a new brewery today coming to the market with a pale ale and an amber ale as their first offering? Back when we kicked off with Limeburner and Devil’s Backbone, the novice Irish palate delighted in new riffs on familiar tunes. Every new brewery’s standard opening set was a pale ale, a red ale, and a porter. These are simple timeless beers; we all just hoped to do them better, with a different character and more flavour than those the macros made.

Rick’s knowledge and love of German beers informed Limeburner, a continental-style pale ale that offered a different profile to the English or American style pale ales being made by many of our colleagues at the time. He steered Devil’s Backbone slightly away from the traditional Irish red, balancing its malt-forward base with a decent quota of hops to achieve something more American in style. He likes to think that he has improved these beers over time while pointing out that they remain essentially the same.

This is a consistent thread throughout the story of Kinnegar. While much has changed, what stands out as we look back on ten years is not actually the change but the continuity. We think we’ve developed enormously as brewers and we strive constantly to make better and better beer, yet Limeburner, Devil’s Backbone, Scraggy Bay and Rustbucket – the first four beers in our repertoire – continue to be the pillars of our core range.

They have of course been joined in the meantime by the likes of Crossroads, Big Bunny, Black Bucket, Thumper, DL, and a whole slew of specials, but our ethos as a brewery remains the same – we pair brewing tradition with a contemporary sense of adventure to produce clean, crisp, full-flavoured beers.

Our goal from the start has been to reflect this sense of tradition and adventure in our branding. Anyone who jumped straight in with Kinnegar cans could be forgiven for thinking that our brand has changed a lot since October 2011. Look again and it’s clear that in fact all the hallmarks of our identity were present on the day we first tip-toed out in public. Strong, simple colours with clean, clear typography and, of course, a rabbit.

Our rabbit comes from the Kinnegar, the beach after which the brewery is named. The word Kinnegar is an anglicisation of coinicéar. It means 'rabbit warren' and derives from coinín, Irish for rabbit. Obscure on one level, the name means a lot to us. It was the opening sentence of a story that we never tire of telling.

Change rests comfortably on a familiar bedrock of continuity as everybody at Kinnegar looks forward to the next 10 years. 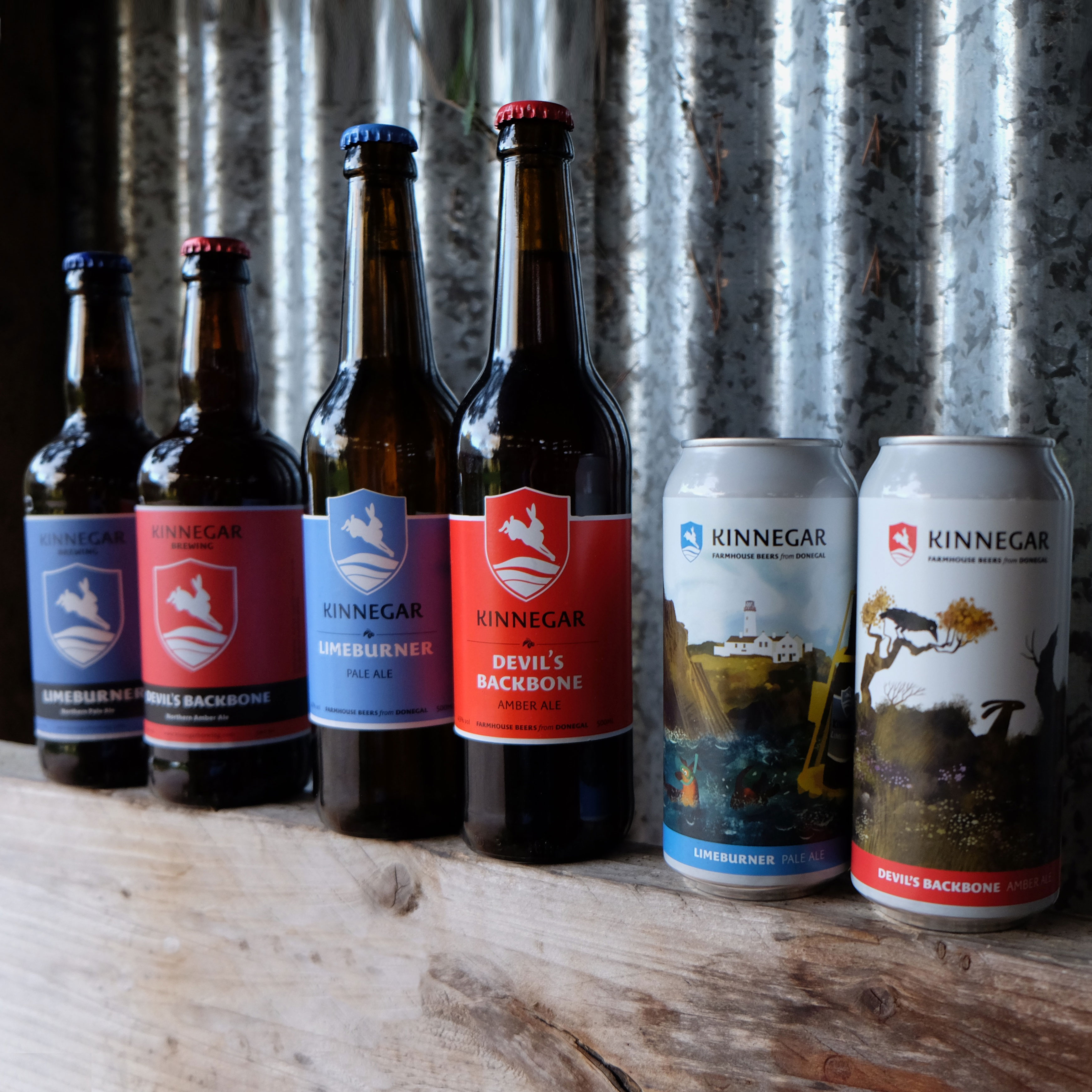