The Skeleton in Seán’s Cupboard

Back in summer 2014, Seán appeared on Kinnegar’s radar when he applied for a bartending position in our new Taproom at Rathmullan House. It took a remarkably short time to establish that he was exactly the man for the job and we didn’t hang around before offering him a position. We sealed the deal and have never looked back.

Good hire. Fascinated by Kinnegar from the outset, Seán excels at imparting his own passion and knowledge to our customers. In the seven years since he surfaced, his role at Kinnegar has developed to encompass a demanding array of responsibilities from sales to sensory analysis. He is a crucial player on the team.

It was only several years after he donned his Kinnegar colours that we discovered a skeleton in his cupboard: Seán’s one true love was Guinness.

“I’d never had any pets but when I was in 4th class I wrote an essay about Huskies. From then on I was obsessed.” Several years after that seminal essay, 16-year old Seán set off with his parents in the wee hours of the morning for the long drive from Falcarragh to Ballyragget in Kilkenny. Even in those days a Husky was a serious financial undertaking and the €700 in Seán’s teenage piggy-bank required parental booster funds to bring it up to the €1000 price tag dangling from the 8-week old pup’s collar.

Money well spent. Named Guinness, the dog quickly became this particular young man’s best friend. The pair shared a happy life of long walks and endless companionship. Both had boundless energy. The cute little puppy grew into a fiercely independent adult dog who loved Seán whilst always remaining aloof. 15 memorable years later, after a healthy and active life, age finally caught up with Guinness and he moved peacefully on to husky heaven in 2020.

Now that a little time has passed we can talk to Seán about the elephant in the room: Why was Guinness called Guinness?

“I didn’t even drink a pint until after I was 18”, he claims. “I had no interest in any kind of beer at the time and neither did my Dad drink it, but I was keen on sport and it was probably their sponsorship of football or rugby that imprinted the Guinness brand on my brain.”

“I wanted to call him something quintessentially Irish and he was just like a little pint of Guinness — black and white with big brown eyes. That blend of black to white in his puppy fur was just like the pint being poured in the television ad for Guinness at the time”.

There you have it. If that doesn’t demonstrate the power of marketing, nothing ever will. But at the end of the day Seán eats, breathes and drinks Kinnegar, so it’s really no skin off our nose.

He says there’s room for only one Husky in a man’s heart, so his next dog will be a Malamute or Doberman. Malamutes aren’t unlike Huskies, just bigger and not quite as energetic or nimble. “A bit like myself”, Seán points out.

We wonder what he’ll name it. 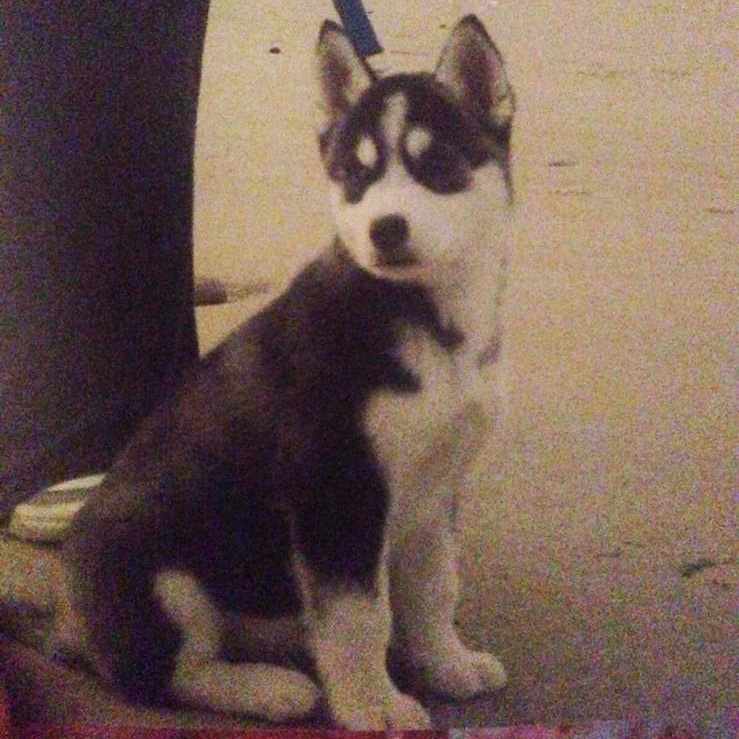 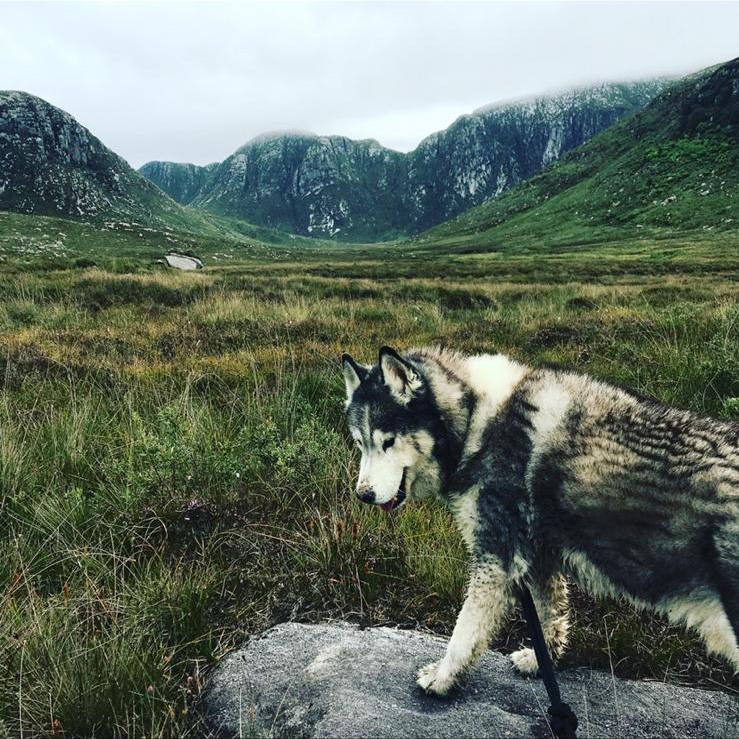 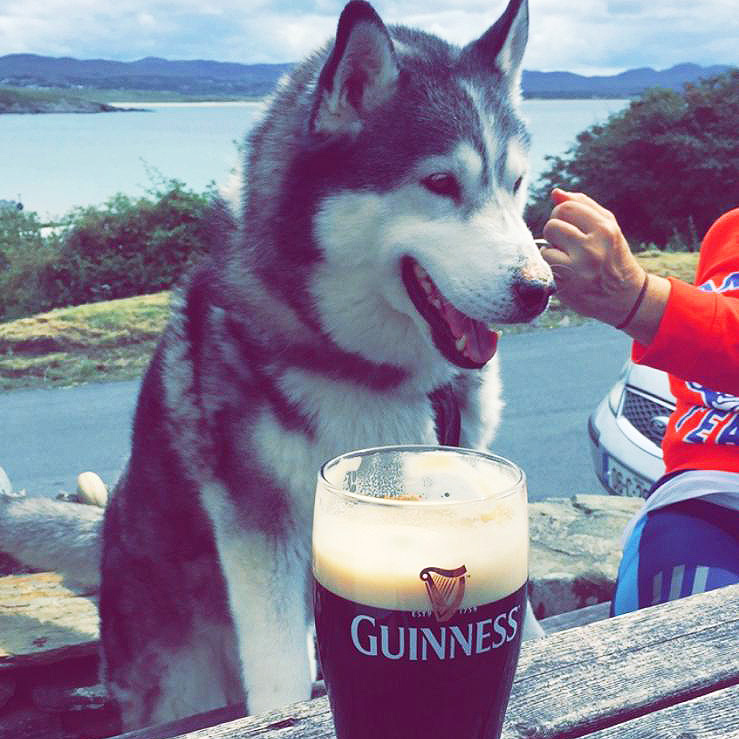 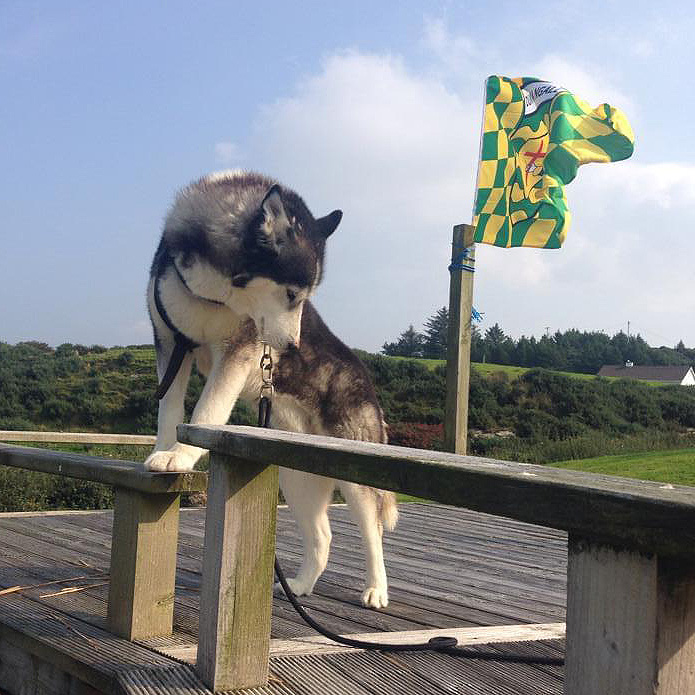 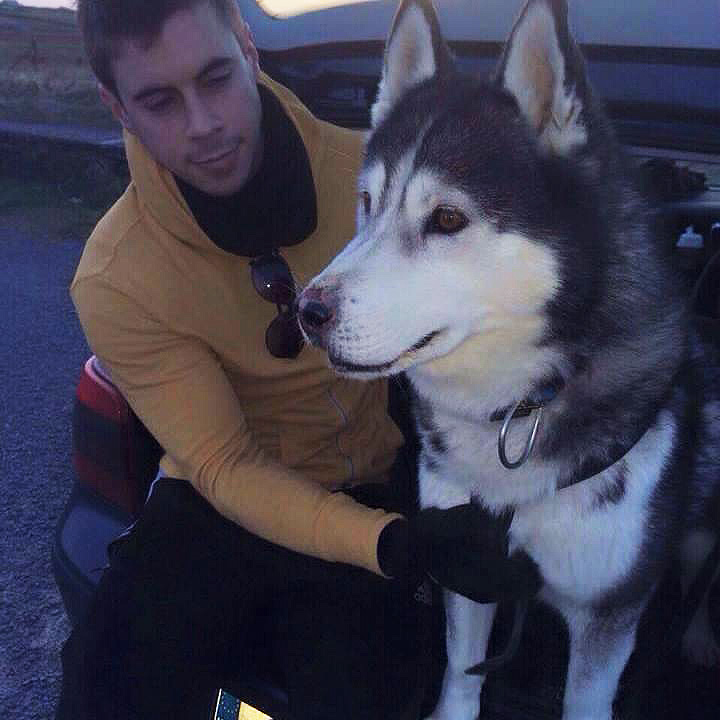 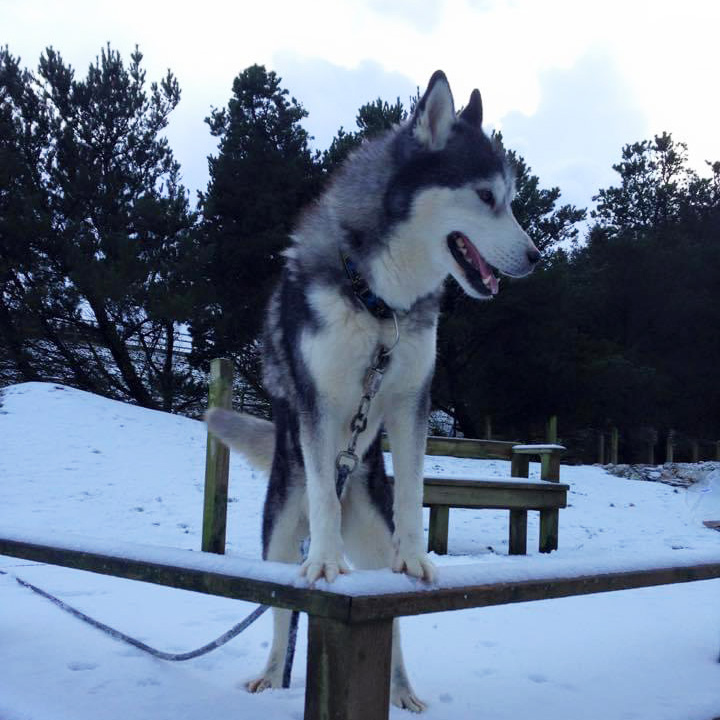