The Way to Walla Walla

“It’s time to start recruiting your next juice supplier.”
“Are you handing me my P45?”
“I believe by law I have to give you three formal warnings before I fire you.”

This was the conversation when Rick picked up a call from Olan McNeece in early June. Most people will recognise the name Olan from our apple sour, Olan’s Tart, but most won’t know exactly why this favourite summer beer is so named.

Olan is the man behind Boyne Grove Fruit Farm, an apple growing business on the outskirts of Drogheda that produces Dan Kelly's Cider as well as supplying many Irish supermarkets with apples, and Irish food manufacturers with apple in a variety of forms. Olan has delivered the apple juice for Olan’s Tart since we first made it in 2016. In recent years, as Rick refines his approach to making our sour range, he has turned to Olan for help with other fruits. Olan’s curiosity makes him an ideal partner. Last year he helped us with gooseberries and together we’ve enjoyed some failed adventures with raspberries.

Geuzberry was Kinnegar’s first trip down sour lane. We made it when still in K1 and the gooseberries were harvested from a miraculous bush in Margaret’s garden and equally prodigious ones in the walled garden of neighbouring Rathmullan House. The resulting beer made its debut at the Big Grill in 2015 and was almost certainly the first indigenous kettle sour to appear in Ireland. We were definitely hooked on the style. It seemed our customers were too.

Walla Walla, our Rhubarb & Ginger Sour, had similar roots. It was initially made with rhubarb from a couple of different gardens around Rathmullan, most notably Tony Brennan’s magnificent patch behind the old rectory and Denis Cullen’s splendid crop. We chopped the rhubarb ourselves and lightly stewed it to get the juices flowing. Labour intensive for a 1000L batch, but rewarding work.

Rick harboured the ambition to make this year’s seasonal batch of Walla Walla with cold-pressed juice, and he needed it in volume. This approach would, he maintained, result in a much purer expression of the rhubarb than we had achieved previously. But this was definitely no longer an in-house task for the brewery team; it was time to call on the professionals.

A game chap, Olan signed up for the challenge and the parameters of the project were agreed. Since the beer could not be brewed until we knew the juice was safely in the bag, there followed a delicate liaison between brewery and juicer as various experiments were conducted. The tone of Olan’s texts and voice betrayed the fluctuating rates of success.

Finally, with the first harvest of the ‘Champagne’ variety, grown by Ryan’s Rhubarb of Oldtown in north County Dublin, Olan found the sweet spot. “There’s less fibre in this variety and at this stage of its season”, he explained. The implication was that “less” fibre was still far too much fibre for a man whose first love is the simple and straightforward apple. The initial trial was done with 200KG of rhubarb. Buoyed by Olan’s success, Rick greenlighted the purchase of a tonne of the same lovely stuff and Olan duly put it through his press.

It was after processing this tonne of rhubarb that Rick fielded Olan’s call about finding a replacement juice supplier. Enough said.

The resulting beer, just packaged, should confirm that the effort on all sides was worthwhile. We’ve dialled down the ginger a couple of notches this year and the rhubarb really shines. Now we just have to hope that Olan really likes it too. 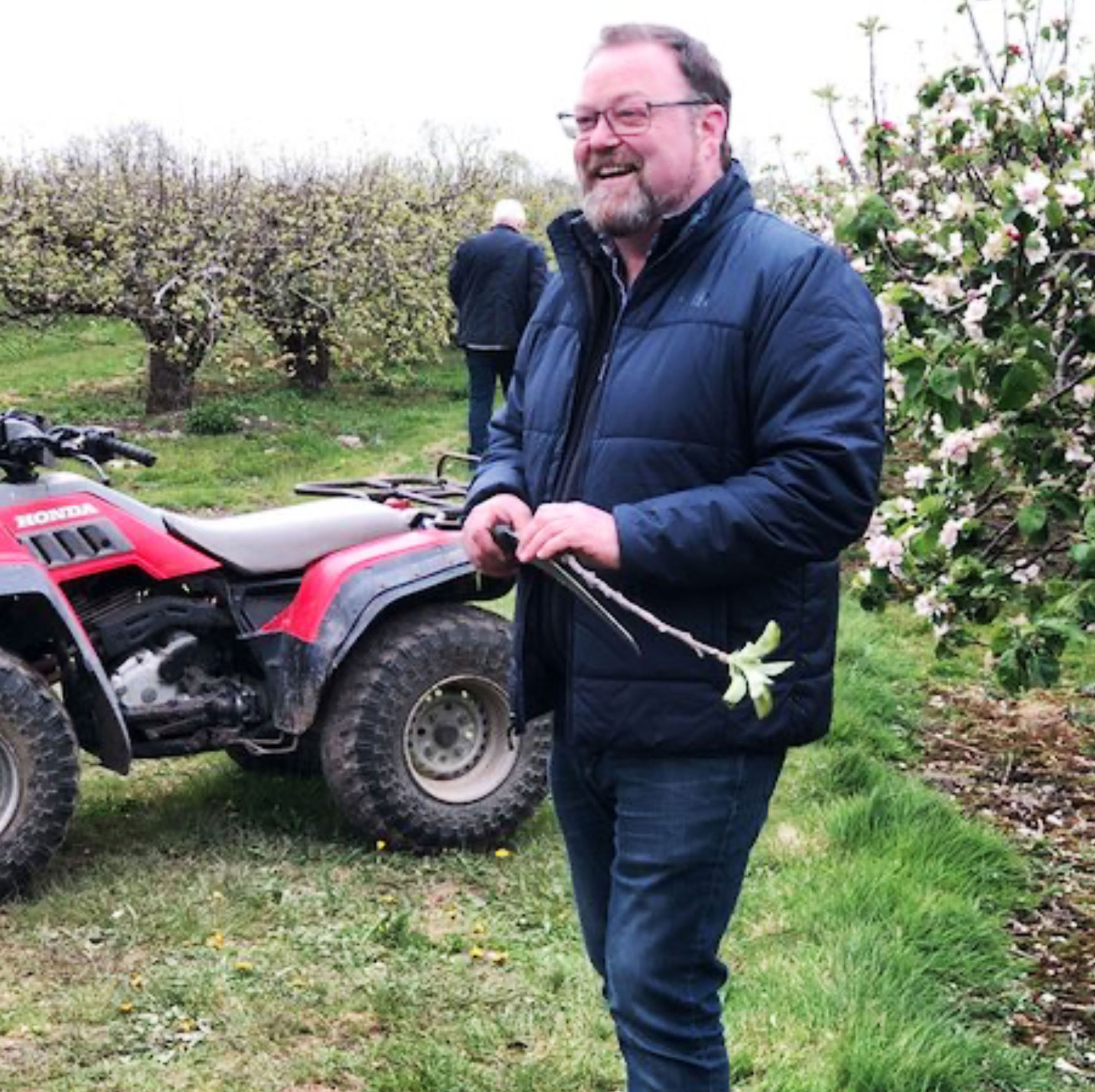 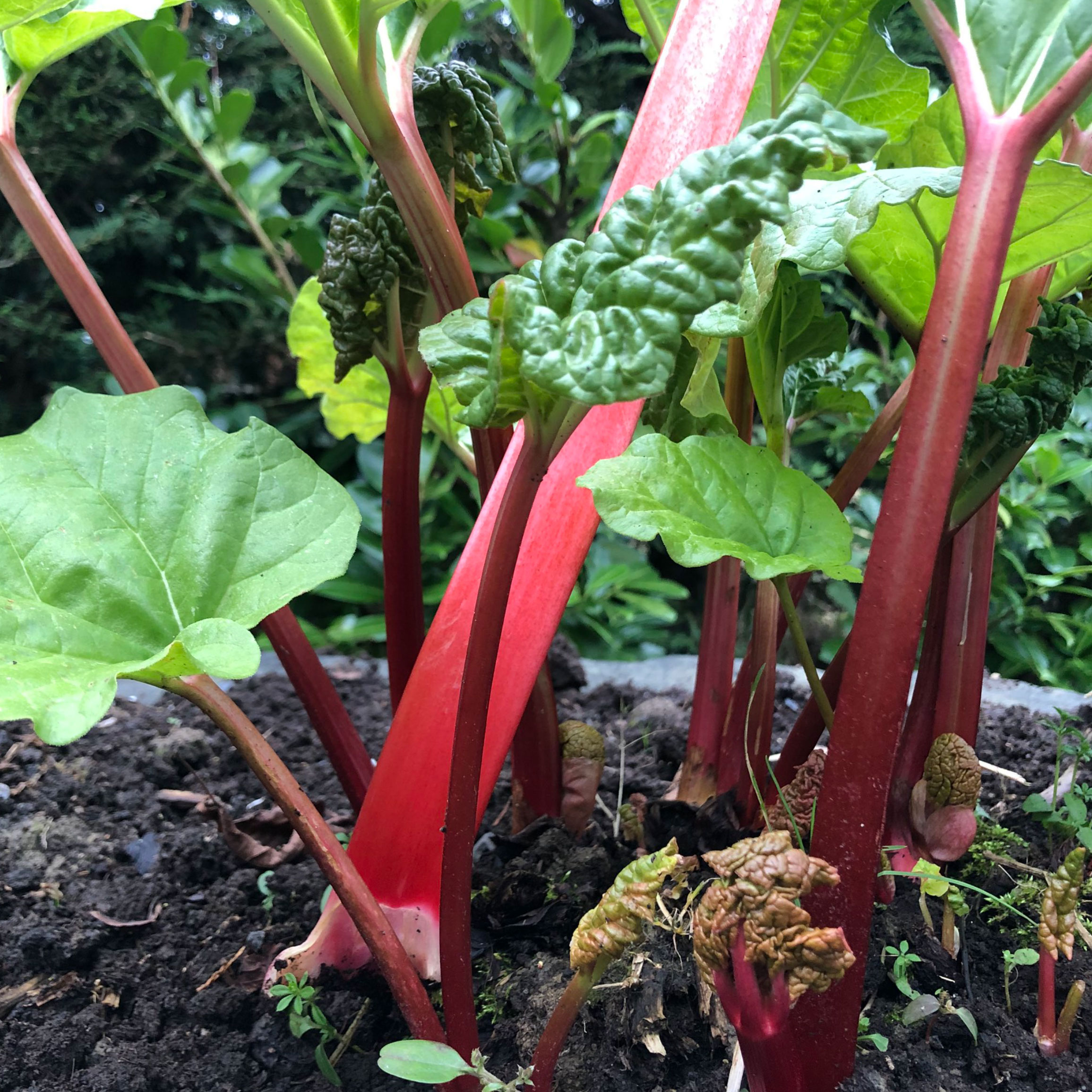 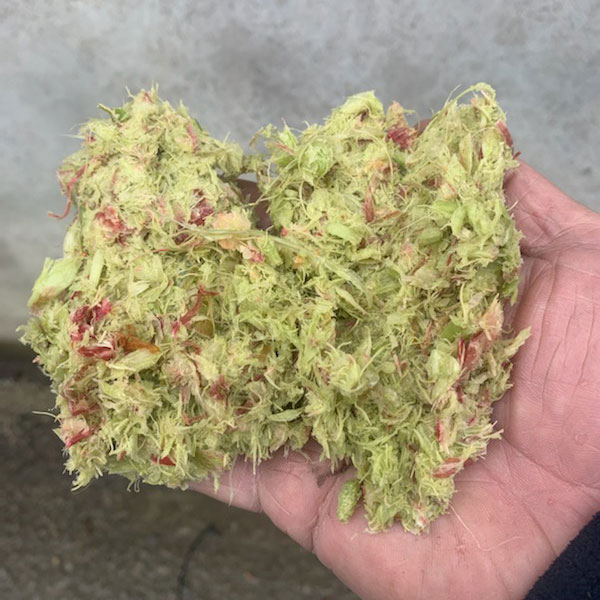 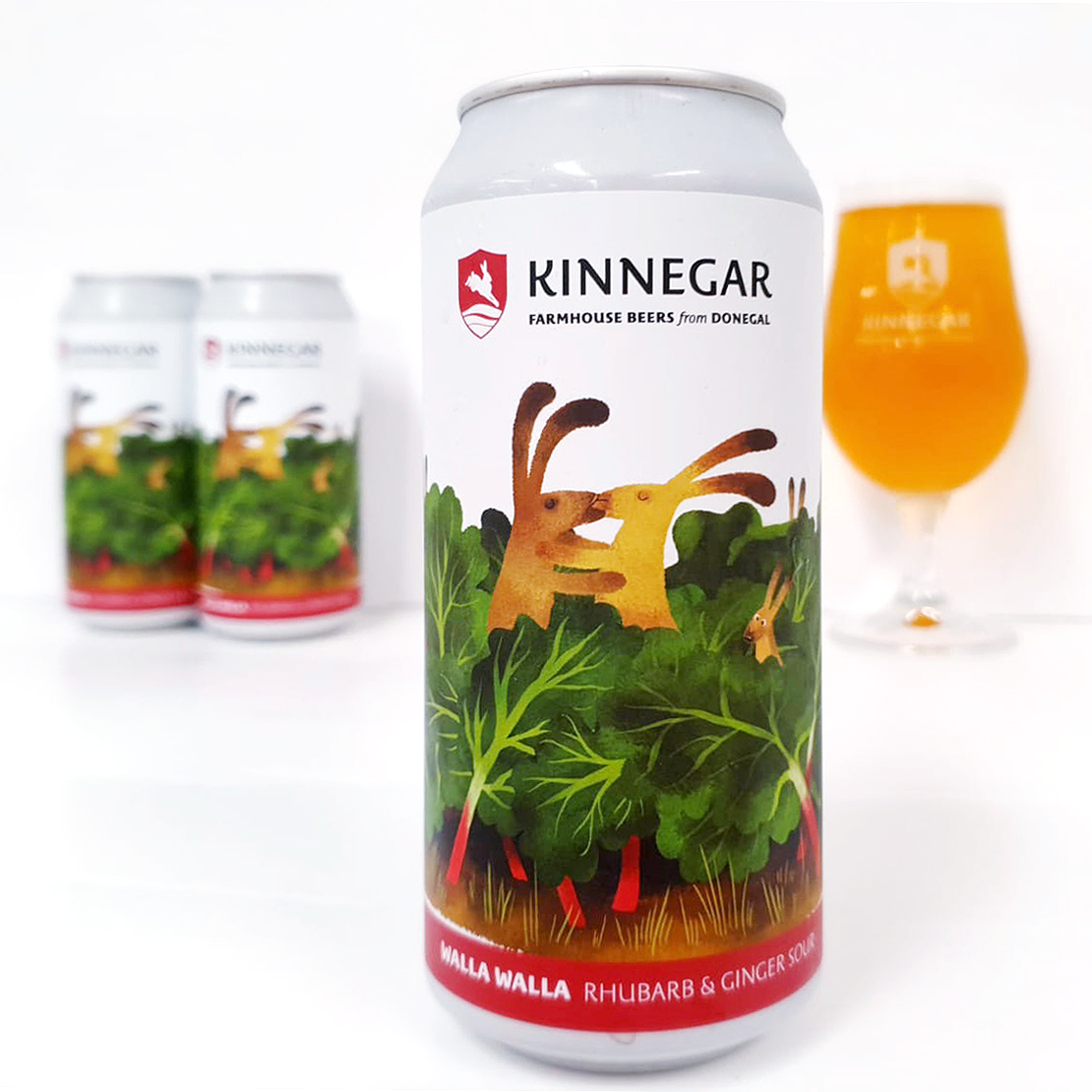